WHY WORMS ARE AMONG YOUR GARDEN’S BEST FRIENDS

“It may be doubted whether there are many other animals which have played so important a part in the history of the world, as have these lowly organised creatures.”

Charles Darwin came face to face with some remarkable animals on his five-year voyage to distant lands. But one of those whose importance he held in the highest regard actually resided much closer to home. It was busily tunneling beneath his feet through the soil of England.

Those “lowly organised creatures” Darwin described were earthworms. And while they’re usually out of sight, there are good reasons they shouldn’t be out of mind for those who care about healthy gardens.

A WORM OF MANY TALENTS

As Science Learning Hub explains, the earthworm is highly valued due to its talent for consuming a variety of materials and then excreting them as “earthworm castings” that vegetation finds appealingly nutritious. The worms’ digestive process unlocks nutrients such as nitrogen and phosphorus, which they deposit deeper in the soil. All of which makes the nutrients more easily available to roots. Earth worm burrows also open up small spaces in the soil. These “pores” help water and nutrients reach roots more easily, and aerate the soil to create a more hospitable environment for plants and other organisms. In addition, worms play a vital role in the food web as prey for predators such as birds and snails.

AN APPETITE FOR LEFTOVERS

What’s on the menu for earthworms? According to CalRecycle, they’re happy to dine on many kinds of organic materials. This includes fruit and vegetable waste. Grains. Coffee grounds. Manure and ground yard wastes. Even paper. Worms will also consume limited amounts of citrus scraps, even though limonene, a compound found in citrus, is toxic to them. Meat, dairy products and oily materials also are best kept away from worms, since they can lead to odor and pest problems.

Earthworms are well equipped to populate your soil. Since they’re hermaphrodites, which are simultaneously male and female, both worms can produce offspring. After they mate, they leave behind small, yellowish cocoons. Each cocoon is about the size of a coriander seed and holds an average of three baby worms. In unfavorable soil conditions, worms may live up to a few years in their cocoon stage. In favorable conditions, which means beautifully amended, moist and crumbly soils, the cocoons hatch in a matter of days. The hatchlings look like little white threads, they will reach sexual maturity in about two months. Adult worms may live five years or longer.

As a side note, it is important to distinguish worms from maggots. Worms are their own class of invertebrates, while maggots are fly larvae. An adult maggot is a fly; an adult worm is still a worm.

HAVE WE GOT WORMS FOR YOU

At Organic Control Inc., we sell Eisenia fetida. Known by many names, it’s most commonly referred to as the red wiggler. About 80–90% of worm farms use this species of earthworm. E. fetida is preferred for vermicomposting (creating compost with the help of worms) because they can tolerate a much wider range of climate and soil conditions than other worms. They are also exceptionally efficient composters.

Incidentally, this is the very worm preferred by fisherman—some say it stays alive longer on a hook, and the fetid odor it emits when under stress (from which it derives its Latin name) is thought to lure fish. You don’t need to worry about your own worms being too fragrant, though, as long as they’re burrowing through your garden and not serving as bait.

A thousand worms weigh about a pound. A half-cup allows for a variety of sizes and ages, and it has the greatest ability to convert ordinary garden soil into a paradise for plants. Order them from Organic Control and they’ll arrive nestled gently in moistened coconut coir, ready to go to work.

Adding earthworms to your soil is an easy way to build a healthier garden ecosystem. And if you’d like to dig into the benefits even deeper by raising your own worms, check out Rhonda Sherman’s newly released book, The Worm Farmer’s Handbook. It’s a great place to start. 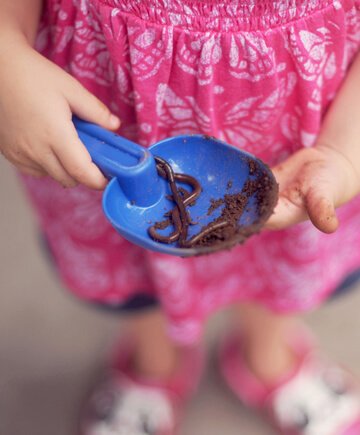 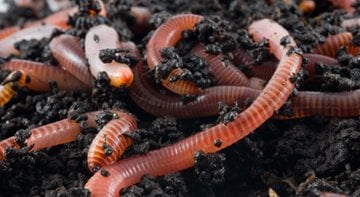 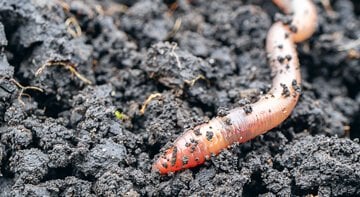 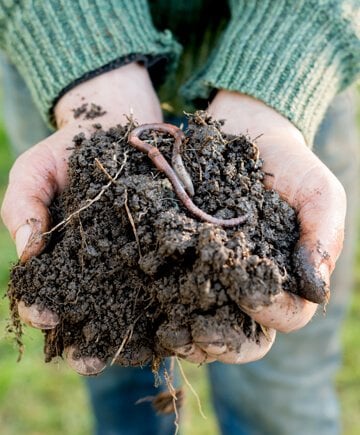