Skip to content
Previous Next
THE AMAZING PRAYING MANTIS

A CLOSER LOOK AT THE AMAZING PRAYING MANTIS!

The dating habits of the Praying Mantis may seem unconventional. Successful suitors are literally losing their heads over these sultry sirens of the garden. Every year, we premier our own version of “The Praying Mantis Bachelorette”, where we spotlight one lovely lady as she considers a host of hopefuls – one of whom will… win? Um, if winning includes having his head eaten to nourish the next generation, then yes – that’s a win!

Praying Mantises (also referred to as Praying Mantids) are sold in their egg form. Each egg sac, or ootheca, can furnish more than 100 nymphs. 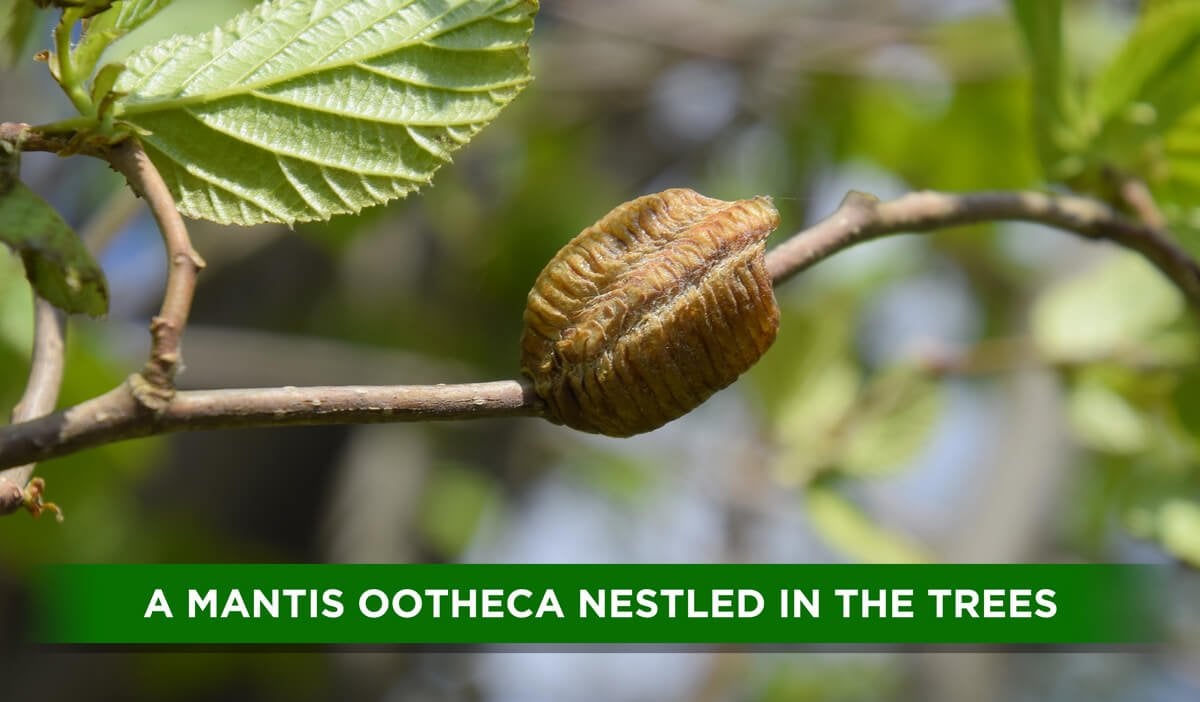 We’ll talk more about oothecae in a minute, but let’s talk about where it all begins. When mating season rolls around at the end of summer, things really get interesting! As he woos his favorite female, the dapper male Praying Mantis doesn’t seem to mind that his lady friend may be eying him for dinner. If she chooses him, he will probably never know what hit him.

During mating, the female Mantis lovingly chomps the head off her mate. But that doesn’t end the liaison. Our headless hero continues to fertilize her eggs, ensuring that his children will flourish long after he is gone. Mind you, she doesn’t always behead her beloved. But if she does, she ends up laying twice as many eggs!

With her hunger satisfied, the female Praying Mantis then attaches her brown foamy nursery to a branch, lays her eggs inside, and dies shortly afterward, The eggs are protected from the winter cold in the foam and the cycle begins again in the spring.

Praying Mantids hatch out of their egg case (ootheca) along the seam that looks like louvered windows with some mud packed on top. They hatch in the spring when the weather warms, the warmer the temperature, the sooner they hatch. Unlike most insects the mantids do not hatch as larvae, they emerge as miniature adults, about half an inch long. They form a chain of nymph bodies and lower themselves to the ground where they immediately prepare for battle. It is not uncommon to see the newly sprouted nymphs forming a fighting ring and defending their territory by battling their siblings. 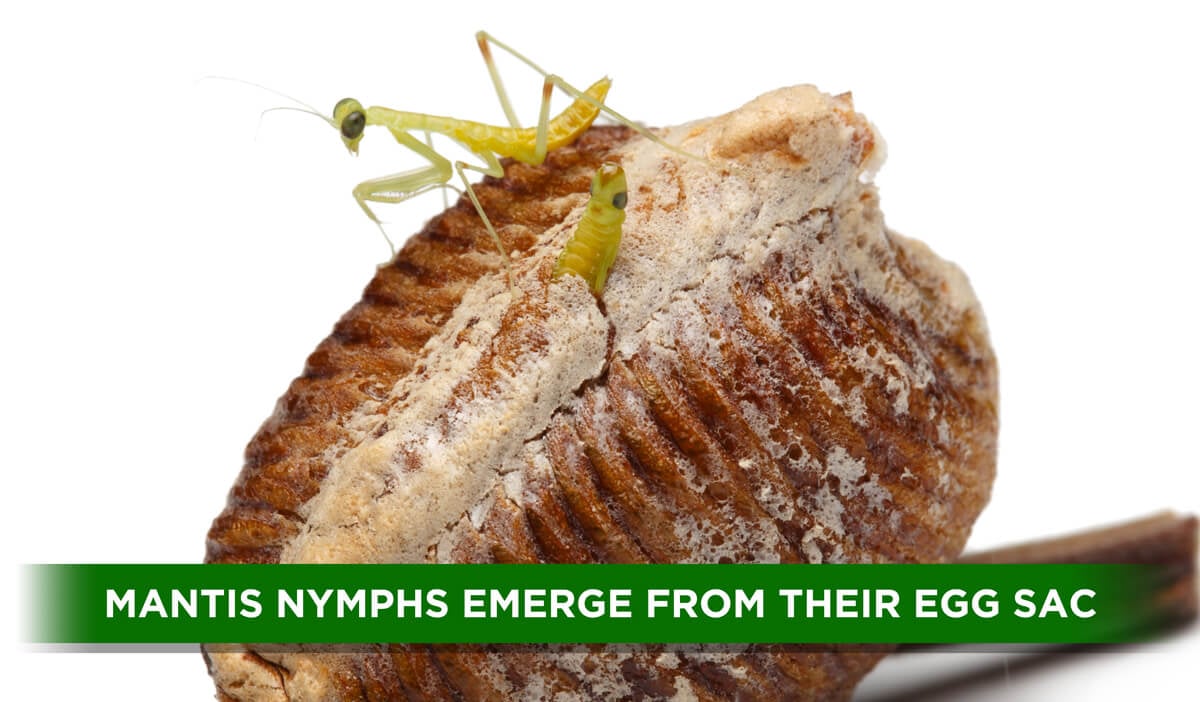 We advise separating the newborns quickly to allow for each of them to defend a different section of the garden. They will grow through spring and summer until they reach a length of 5 to 6 inches, shedding their skins several times.

A Few more Facts and Features

Natural! Because they are completely carnivorous and have enormous appetites, Praying Mantises provide an ideal alternative to chemical pesticides in the fight against garden pests.

Stealthy Homebodies! They use camouflage and stillness to wait for their food to come to them. While other beneficial insects will leave if they don’t find food, the Praying Mantises can be introduced before a pest problem develops, and they will remain in the area to wait for the pests to show up. Additionally, their population will not become overcrowded, because they are just as willing to eat each other as they are other insects. This means they won’t become concentrated in any one area.

Clever! Praying Mantis fly, though their wings are mostly folded, and they have an ear-like organ in the center of their chest – helpful for detecting bats or birds of prey. They can hear sound above 20,000 hertz, and if they detect the approach of a flying predator, they swiftly drop, like a fighter jet, to avoid being eaten.

Hungry! Praying Mantises feed on a wide variety of garden pests, capturing passing prey with their strong forelegs: aphids, thrips, flies and maggots, leafhoppers, white grubs and other soft-bodied insects, caterpillars, earwigs, chinch bugs, sow bugs, beetles, grasshoppers, and other large insects. There are times, of course, when Praying Mantises may eat things that we would prefer that they didn’t – such as honey bees, solitary bees, butterflies, and even the occasional humming bird. Part of the circle of life, mostly the mantis attracts a variety of birds to the garden and protects the garden from harmful pests.

Fun! Praying Mantises have been a good friend of the home gardener for over 100 years. It is always fun to notice the quiet guardian out of the corner of your eye, and know that they are keeping watch. In fact, they are often sold as pets because they are harmless to humans (they have no venom and cannot sting), happy to stay on the gardener’s shoulder and eat bugs that are handed to them. Along with other beneficial insects, they will continue to have an important role in controlling pests in a chemical-free landscape.

Available! Head to your local garden center to start your own collection of Praying Mantises. 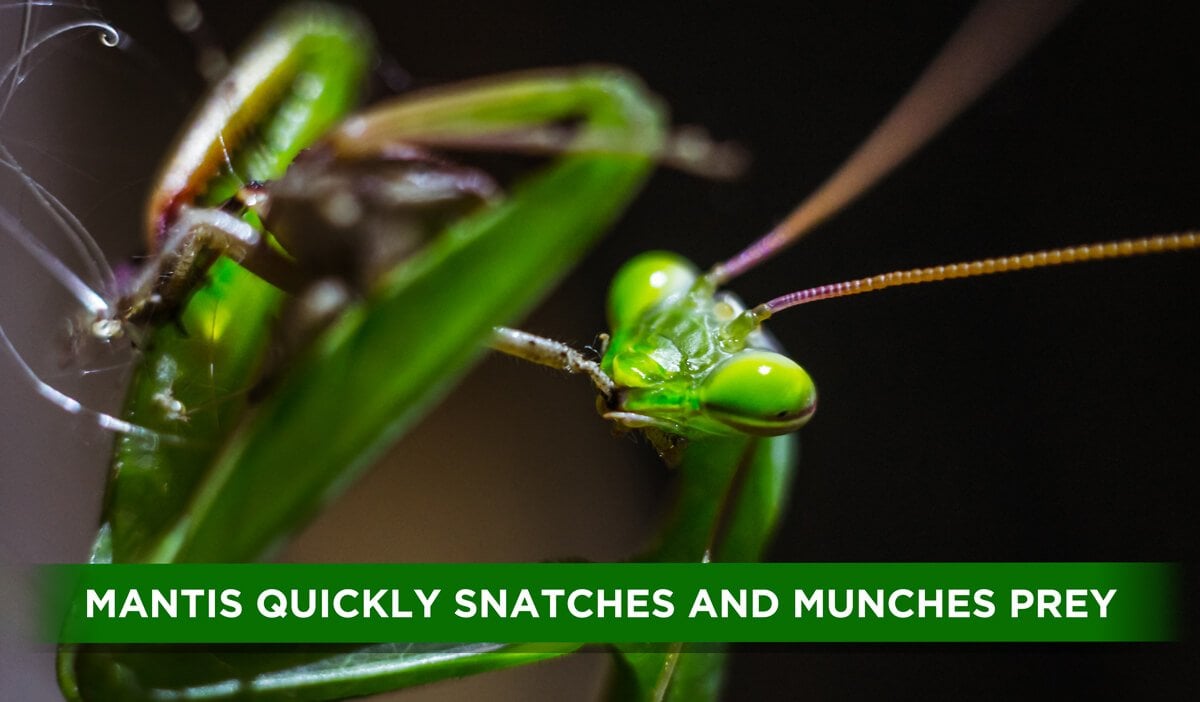