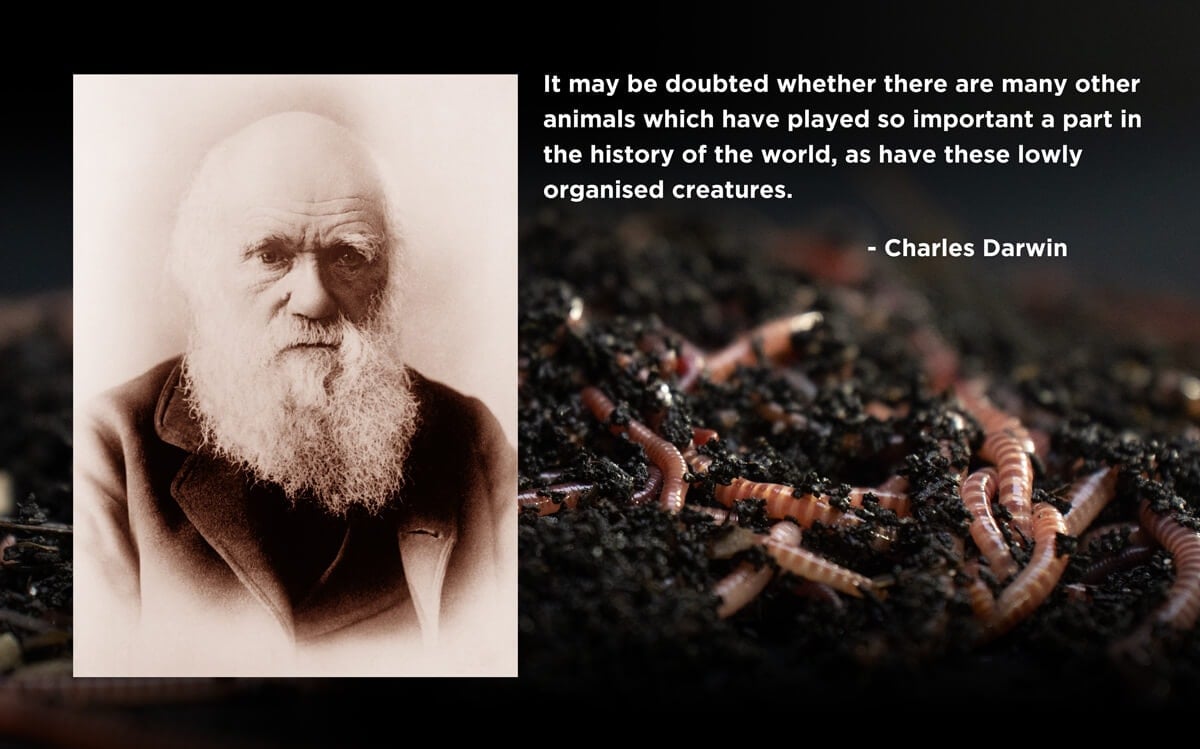 Darwin was writing about the humble but mighty earthworm.

Earthworm castings (a fancy word for worm poop) can best be described as Mother Nature’s super-food; they energize your plants and provide a suit of armor against harmful pests.

Used for centuries by growers, worm castings have long been recognized as a most helpful and beneficial tool. They improve the soil, and they also do much more.

While many gardeners do their own earthworm composting, many don’t have the time or space to do so. Fortunately, ready-to-use worm castings may be purchased from garden centers and nurseries and applied directly to the soil. 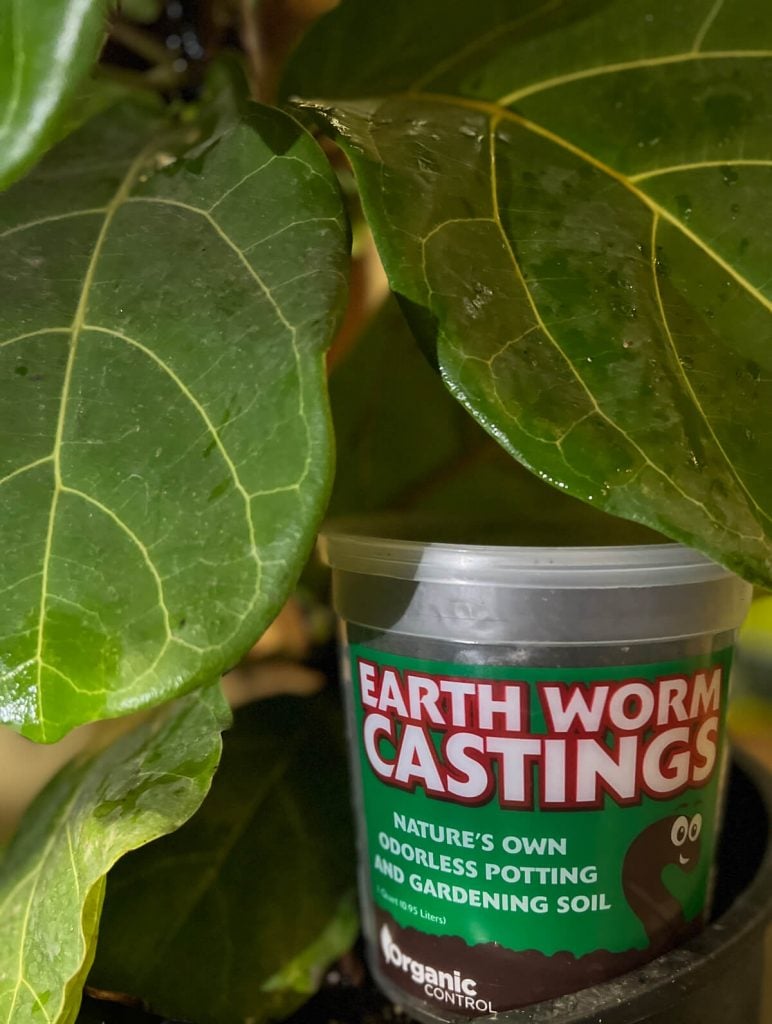 Here are some fun facts (and some nerdy facts) about earthworm castings, thanks in part to Donald W. Trotter, PhD. Trotter’s natural gardening columns appear nationally in environmental publications.

What Are Earthworm Castings? What’s In Them?

What do worm castings do in/around the soil?

Sometimes it can be difficult to get soil to grab on to passing water. We have all watered a garden or a pot, and found soil afterward that hasn’t absorbed any of the water, which seems to just pass over it. Worm castings act as nature’s most effective wetting agent, or surfactant. Chemistry labs work to create this quality that can be naturally provided by the worms. Earthworm castings inherently provide a moist and healthy environment for plants to flourish.

This is fantastic, but Earthworm castings also do much more:

Worms have been known to ingest organic matter that is laced with heavy metals, thus removing the contaminants from soil and prohibiting their uptake by plants.

How do I apply Earthworm Castings?

Trotter recommends, “When applying worm castings to the garden, it should be known that the best place for them is where your plants do the majority of their feeding, the dripline. Worm casts should be applied in a ring of about three-quarters to one inch in thickness around the dripline of your plants for maximum insect and disease repellency. This ring should be in the form of a band of between six inches to two feet wide depending on whether you’re using it on smaller shrubs or trees. A layer of organic compost over the top of the casts will help to keep them moist and protect them from the sun depleting their biology, which is sensitive to the rays of the sun.”

You may also create a “tea” by soaking the castings in water. One cup of castings in two gallons of water, soaked overnight, may then be poured over vegetables, flowers, hanging baskets and houseplants. Apply the remaining solids from the bottom of the container to the surface of the soil.

Are Earthworm Castings Harmful to Humans?

Earthworm castings are completely safe; they will not harm kids, pets, or wildlife.

What about House Plants? Do earthworm castings help indoors? 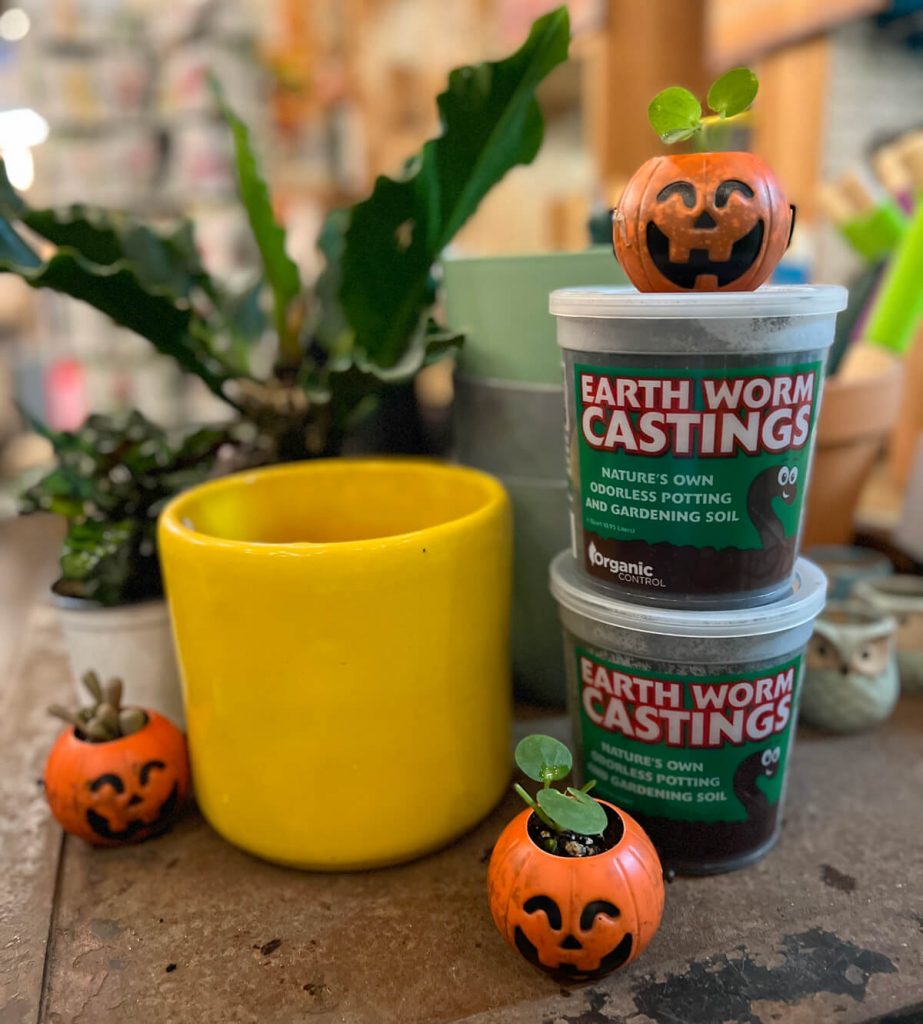 Best of all, earthworm castings are odorless. Plant parents can pick up a cup of castings for their indoor plants, treating them to an organic bath of protection and nutrition without the odors that may be associated with other organic solutions.

Where Can I Find Worm Castings?

To find a garden center near you that carries “Nature’s Superfood” (Earthworm castings), just click on this Store Locator, visit the garden center or nursery, and ask for them by name.

“Hey Don, What’s All This Buzz About Worm Castings?” Article by Donald W. Trotter, Ph.D. Trotter can be reached at Curly@mill.net, and you can find his books in stores or online, published by Hay House Publishing.

For more detail about how to raise your own worms, check out The Worm Farmer’s Handbook: